Bourbon Street… Jesus, Risk, and A boy on the Street! 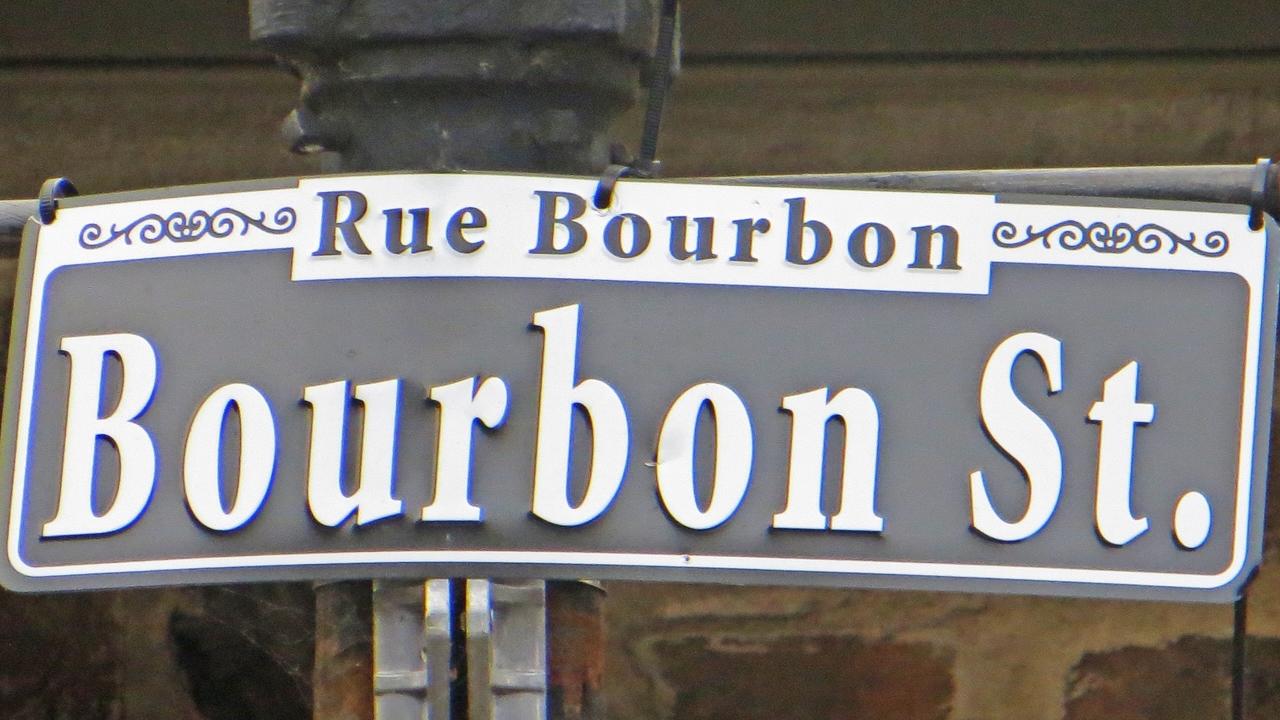 Bourbon Street… Jesus, Risk, and A boy on the Street!

Just came back from an awards trip in New Orleans with my company and was reflecting on our time away. It was an amazing time with friends, sight-seeing, resting and taking in the culture.

One of our nights we ended up walking down Bourbon Street and even before we went, I had some apprehension as to what we might see or what might happen while being there.

Being in a group, we just kind of went along with everyone and so as we got closer I began to pray for covering over Trevor and me.

Not knowing what to expect, and only hearing about the street it was amazing as we stepped into this very narrow street that carried so much fame.

It smelled like you would expect, warm urine and stale beer is the best description that I can verbalize. As we walked down the street, people were throwing down beads from above and prompting reward for their prize.

I am trying to take in everything surrounding us, live music coming from each door way, people sitting on the streets, ladies standing in the door stoops, homeless walking around in a complete daze of reality and what I call bible thumpers yelling on their megaphones about sin and condemnation.

My heart began to feel heavy as Trevor noticed the girls in the door wells, and we recognized they were probably not their on their own choosing, and my heart grieves as the megaphones were yelling and pointing out the obviously sin all around without any kind of love and hope of God just judgement to the behaviors which are already in rebellion.

We pass the huge wooden cross in the street a see a man promote him friend to take a picture as he mocks and possess against the cross in his drunkenness.

I hear in my spirit, go remind him I am real… So I look at this man and my heart is full of compassion for him and I hear the Lord prompt me again so I honesty did not think of what to say just that God prompted me to remind him of His love.

So I walk back to him and he walks toward me laughing and when I opened my mouth out came. “you know that stuff about the cross is real right” and he looked at me and said “yes” and I said ya bro I don’t think you should be mocking what He did for you, and He said ya you’re right thanks and walked off.

Now seriously I have no idea what that was about, but Trevor was up a ways and came back to grab me and said quit talking to people. I couldn’t help it… It just happened.

So we walked up a few more open doorways and there was an open walled bar with a band playing and one of our friends said lets go in here so we can sit on the street and listen.

As we are walking in there is a young man sitting on the ground and I hear the Lord say in my spirit “Impart my peace to him” and I’m thinking ok but how as we are about to walk past him … so all I can think of is as we walk by him I take my pointer finger, and touch the top of his head cause he is sitting on the street side, and I say “Peace over you in the Name of Jesus” under my breath.

Now again… I am saying to God WHAT was that about seriously and I hear him say NOW go back and sit with him. Now let me remind you we are on Bourbon Street, night time, not safe, I’m dressed up a little and who am I to go sit on this nasty street with this stranger, but I do it…

So I walk out and said… “Hey man you doing ok?” He Said “You’re the one that touched me.” I said “Yes I am, are you doing ok?” And he began to open up and share his story. He said his mom and dad had died and that his brother had just been killed 3 days earlier and he was beaten up and that it was all his fault and that he now had to carry the burden of his brother and that he was scared and didn’t know what to do and was all alone and that was why he was just sitting on the street, he was alone.

As he was telling his story my heart was just heavy for him and the love for this messy young man was so huge as he told me this crazy story of what had just happened over the last few days.

So I said “ok, then the Lord wants you to know that you do not have to carry this burden that He wants to bring you healing and freedom and that you are to chase after Him and He will guide your steps, that he is not alone and that it is not his fault about what happened that he was to trust in God and he would make a way.”

I felt complete peace sitting there praying with him and then I said ok well I’m going to go back inside but know you are not alone, and he said “thank you”… When I looked back out he was gone.

I was actually really ready to leave and not sure how to break away being in a group that we were, but Trevor all of a sudden got really sick and said we have to go I am really sick. I knew it was our prompting to get off that street so we left immediately and returned back to our hotel.

As I was reflecting on that encounter again on our way home I was putting to words my Bourbon street experience. I know that night my assignment was those two men. I love that Jesus hung out with sinners that there are times where we can be right in the pit of things and being the carriers of God we can for a moment push back the darkness so reality can set in.

( Luke 5:16-17 When the scribes of the Pharisees saw that He was eating with the sinners and tax collectors, they said to His disciples, “Why is He eating and drinking with tax collectors and sinners? “And hearing this, Jesus said to them, “It is not those who are healthy who need a physician, but those who are sick; I did not come to call the righteous, but sinners.”)

This is the poem that I wrote from that night.

Know that God is always ordering our steps, and that it is that still quiet voice calling out to us to be the ambassadors of His LOVE in this broken world, so share the Love of Jesus!

The streets are full
See evil all around
My heart is heavy
Homeless on the ground
Have to get out
yet stopped to pray
His brown eyes pleading for hope today
His mom, his dad now his big brother gone
Feeling the burden not sure how to carry on

Asking for more, just a touch from above
Healing, direction, hope, needing love
This broken young man alone on Bourbon Street
I thank you God that it You he seeks

Stay connected with news and updates!

Join our mailing list to receive the latest news and updates from our team.
Don't worry, your information will not be shared.

Stay connected with news and updates!